Sabrina and the Long View 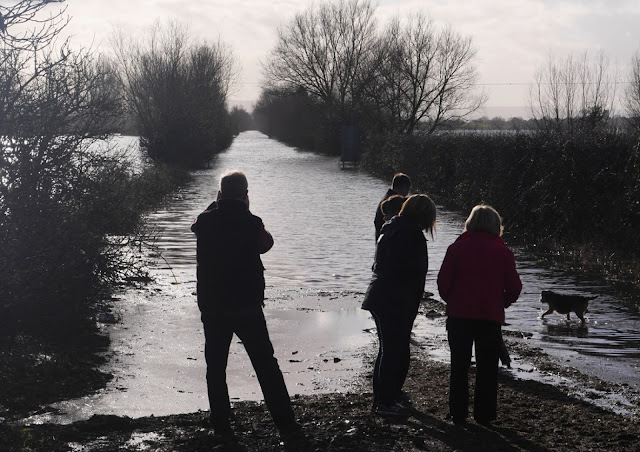 With new (under)currents re-mixing the waters of the Severn Estuary, Somerset Levels, Shannon Estuary and the Wadden Sea, these are some muddy notes freshly dredged up and now drying off in the sun...
Between 2012-2014, there was a 2-year creative geographies network-exchange between the Severn Estuary and Wadden Sea, supported by the AHRC and Dutch NWO. This was called Between the Tides.

One of the outcomes of this is a slowly accreting collaboration with Professor Steve Poole (UWE-Bristol/ Regional History Centre, Bristol) involving fieldwork, conversations/voices and creative assemblages at a number of locations. Whereas 'Sabrina Dreaming' is still mainly focused on the Estuary coast, A Long View is an exploration of deep-time undercurrents in the estuary floodplain of the Somerset Levels and Moors. 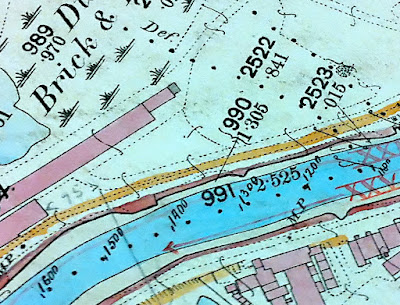 A Long View : Past, Present and Future

The approach involves an informed creative, poetic response to a variety of landscape and cultural settings that are affected by changing water-levels. The unifying theme is that the waters come, the waters inexorably rise. Then everything is changed...and the waters recede.

Attentive to local stories and circumstances, but also engaging with panoramic themes of sea-level rise, vital/ecological processes, environmental justice and landscape heritage/history, it is about complex relationships to water-defended places, involving both loss and opportunity - over the long-term. The approach weaves together artistic research threads and stories, aimed at developing a series of site-specific exhibitions that will present maps, sounds, multiple voices and film-works. 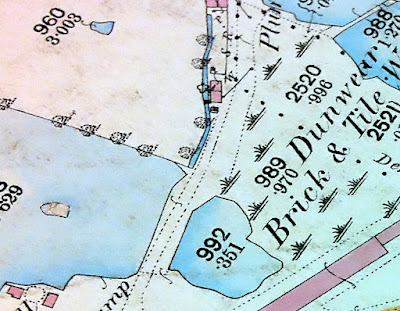 'A Long View' is a collaboration with the Regional History Centre (Professor Steve Poole, UWE). Working over an extended time period with local groups and individuals, we are assembling an installation of maps, audio-visuals and sculptural elements. This will interweave past/contemporary voices, experiences and aspirations - all relating to life on the Somerset Levels+Moors, from prehistory to the present...and into the future. There a geopoetic fusing of art and ecology along with the temporal/historical perspective. We are also working with technical partners to derive data from environmental processes in the area (tides, water-flows, levels etc).

The planned installation, in an ancient Tithe Barn, will centre around a series of large scale historic maps, images and film pieces, with hundreds of suspended micro-speakers presenting a remix of contemporary and historical voices and field recordings. This sonic assemblage will pulse, ebb and flow, using tidal data from the River Parrett. Visitors will also be able to annotate their own words, thus adding to a living, morphing document.

Antony Lyons has a background of 25 years scientific and creative involvement with water issues in Somerset and the South West of England. He is the founder of NOVA ("a geopoetic fantasy lab"), and has had a long connection with other wetland environments and changing/contested landscapes. He was Leverhulme-funded artist-in-residence on the Severn Estuary coast, hosted by the University of Gloucestershire’s Countryside and Community Research Institute.

Steve Poole is Professor of History and Heritage at the University of the West of England, Bristol, and is Director of the university’s Regional History Centre. His research is concerned with both social history ‘from below’ and the development of relationships between landscape, heritage and identity, with particular emphasis on the coastal histories of Somerset and Gloucestershire. Steve is working with South Gloucestershire Council’s ‘A Forgotten Landscape’ initiative on the Severn Estuary, is a member of the AHRC/NWO funded ‘Between the Tides’ network.


Some accounts of our early explorations are scattered elsewhere, but assembled as links here:

Antony Lyons
As an eco-social creative practitioner with a background in environmental/geo-sciences and landscape design, much of my work is concerned with relationships between ecological change and human activity. Areas of particular focus include coastal/river landscapes, deep-time (geological) perspectives, routes/journeys and intangible culture. My geopoetic research and production methods rely on creative fieldwork and experimental remixing of archives, recordings, data and contemporary narratives - explored in the context of both 'slow' and 'intensive' artist-residencies. Concerned with places and their possibilities, my methods include sculpture, film, sound, photography and intermedia installations. I have worked within a number of academic research projects and long-term land- and water-scape explorations. The enduring aim is to uncover unexpected and unfamiliar perspectives on ecological change, eco-social healing, common-land, wilding and related themes.

Sabrina Dreaming (at CCRI) was initially funded by the Leverhulme Trust

This artist-residency was initially hosted by the Countryside and Community Research Institute (CCRI) at the University of Gloucestershire and supported by a Leverhulme Fellowship grant. It continues now in other ways.
The Severn Estuary coast has the second largest tidal-range in the world. In conjunction with CCRI researchers and others, this geopoetic project seeks to expand and deepen the ways in which this water landscape is encountered and understood - scientifically, artistically and culturally. New conversations and involvements will be initiated by developing film/sound/sculptural works, drawing on some of the hidden and intangible essences of this coast. The pressing need for anticipatory adaptation to climate-instability presents us with a variety of predicted and unpredictable scenarios. Activating the gap between knowledge and imagination will be key to resilience and environmental justice over the long term.

Many rivers have sacred personifications - in the form of tutelary deities. For the River Severn, this is 'Sabrina' or 'Hafren' in Welsh.